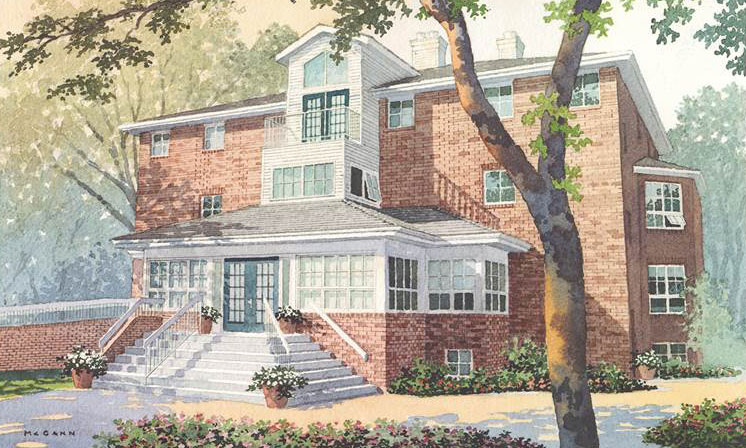 How Did Ronald McDonald Houses Start?

Ronald McDonald Houses started in 1973 with a 3 year-old girl named Kim Hill. Kim was the daughter of Philadelphia Eagles football player Fred Hill and his wife Fran, and was receiving treatment for leukemia at the Children’s Hospital of Philadelphia. Determined to do something to benefit families using the Children’s Hospital, Hill and his Eagles’ team mates approached Kim’s physician, Dr. Audrey Evans, Head of haematologist/oncologist. Dr. Evans expressed the serous need for a home-like facility near the hospital.

This led to a joint fund-raising effort tin the Philadelphia area with McDonald’s restaurant owners and the Eagles Football team, which in turn, resulted in the purchase and renovation of an older, seven-bedroom home near the hospital.

After the 1975 opening of the second Ronald McDonald House in Chicago, McDonald’s Restaurants of Canada flew a group of Toronto-based parents of children challenged with oncology related illnesses to Chicago to visit the House. These parents, along with representatives form the Hospital for Sick Children and local McDonald‘s restaurants developed the first House to open outside the U.S.A. After the 1981 launch of the Toronto House, additional Houses soon opened in Montreal, Halifax, Winnipeg, Ottawa, Calgary, London, Edmonton, Vancouver, Saskatoon, Quebec City, Hamilton, Red Deer and St. John’s.

Located close to pediatric medical facilities and capable of welcoming multiple families at one time, each House is operated by an independent, non-profit organization and relies heavily on individual and corporate donors for the products and funds required to run the Houses.

Today there are more than 360 independently owned and operated Houses in 42 countries and regions ranging from Canada and South America to the UK and Asia. Offering more than 3,000 guest rooms worldwide and supported by more than 26,000 volunteers who donate more than one million hours of their time annually. Since 1974 Ronald McDonald Houses Globally have helped more than 10 Million family members by keeping families close in critical times.

$40 would cover the cost of a set of towels for a guest room.